One of the stranger bits of bicycle-related news from 2016 was that Swedish furniture titan Ikea was cooking up a bicycle of its own. Many wondered how the master of flat-pack furniture would pull it off.

I spent the final days of 2016 in Singapore, the country with arguably the closest Ikea stores to the Philippines. Just before I headed out the exit, I spotted the bike in question. 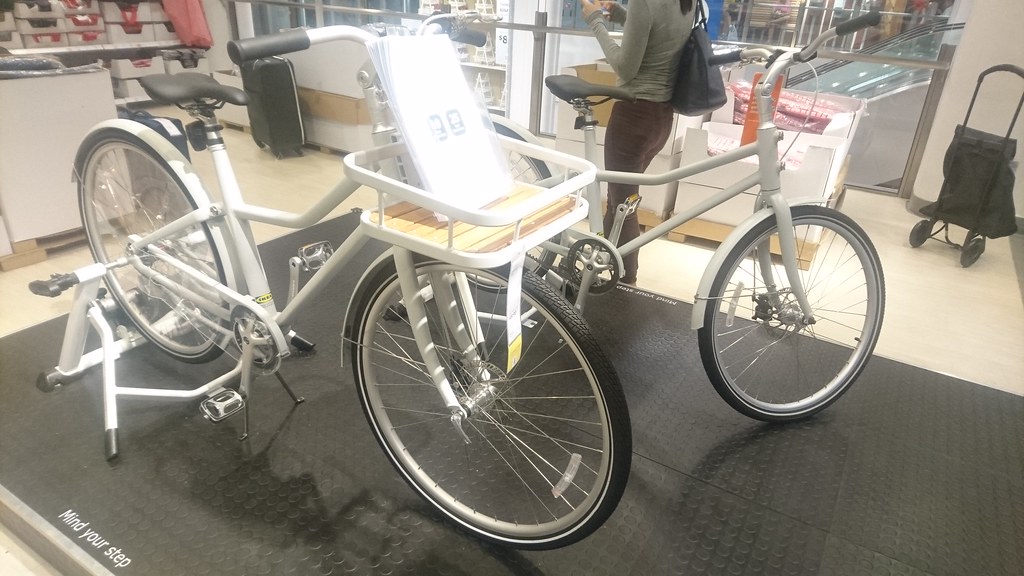 In keeping with Ikea’s Swedish nomenclature, the bike is christened “Sladda.”

As you can see from the photos, it’s basically their take on a mamachari, or a Japanese “grandma bike” made primarily for simplicity, utility, and travel. As such, the Sladda has an aluminum alloy frame with a downward-curving top tube enabling low standover height. You can simply step over the frame to mount it and ride off – instead of having to swing your leg over as you would with a bike with a…

Photo of the Week by Noel Mercado

Quote of the week:

Was able to give the turtle some wrist time.
Fully loaded #royalenfieldinterceptor #royalenfield #royalenfieldph #royalenfieldphilippines
Royal Enfield Himalayan ubod ng niyog Marilaque loop ride.
Lake Caliraya's bottom, as well as the surrounding hills, are characterized by a reddish clay topsoil. The lake's floor has a very soft clay bottom. Local residents of the lake's surroundings still tell stories about certain areas in the lake that are reputed to have sucked boats down - an unfounded claim typical among superstitious locals.
Lumot Lake, also known as Sierra Lake, is a man-made water reservoir located in the towns of Cavinti and Lumban of Laguna province, in the Sierra Madre Mountains of the Philippines. The lake was created when Lumot Dam, an embankment dam, was constructed damming the Lumot River, creating an auxiliary water reservoir for Lake Caliraya as part of the Kalayaan Pumped-Storage Hydroelectric Plant. The waters between the two lakes are conveyed by a 2.3 kilometres penstock.
Visiting Mom & Dad.
Enjoying the day with my Royal Enfield Interceptor 650.
Free buko juice sa bibingkahan ni Sally.